Ask an Attorney: How to settle debt without being scammed 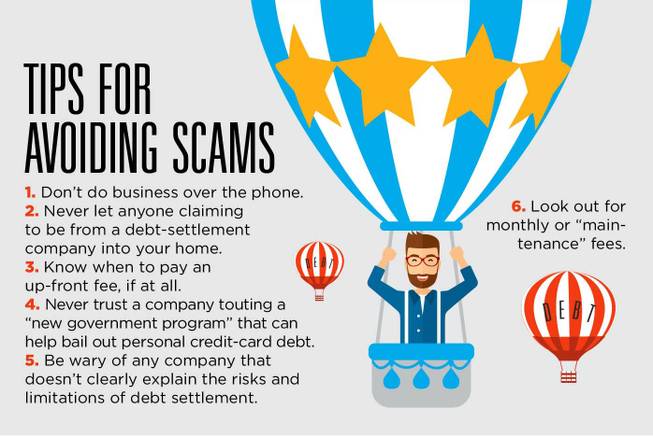 Question: I’ve been getting calls lately from a company that is promising to settle my credit-card debt for a small percentage of what I owe, as long as I pay an up-front fee for their services. How does this work? Is this a legitimate way to settle my debt?

Answer: No, absolutely not. What you’re describing is an illegal method of debt-relief scamming that can cost you thousands of dollars.

In June 2013, the Federal Trade Commission put rules in place prohibiting debt-relief agencies from operating over the phone or internet to help curb scams like this. The same FTC rule also prohibits dedicated debt-settlement companies from collecting any up-front fees prior to a face-to-face meeting with the client.

Though these practices are illegal, we still see at least two or three people a week who have paid for debt-relief services from an over-the-phone, usually out-of-state company and have gotten ripped off.

If you’re already struggling with debt, don’t risk being scammed as well. Here is what you should know, expect and, most important, avoid from debt-settlement services.

What is debt settlement?

Debt settlement is when the debtor pays off a full debt for less than what he or she owes.

A good debt settlement could allow the debtor to pay off an entire debt for as little as 20 to 40 percent of the original balance.

Does this sound too good to be true? In some cases, debt settlement can be the best possible solution, but it’s also a complicated process that doesn’t work for many debts.

Scammers take advantage of how great debt settlements can seem to the consumer, but they may never be able to fulfill their claims.

How to avoid scams:

• Don’t do business over the phone. Any company that is soliciting or running its operation over the phone and/or internet is in stark violation of the FTC rules. Do not give any personal information to anyone over the phone or online if you have not met them in person at a brick-and-mortar location first.

• Never let anyone claiming to be from a debt-settlement company into your home. In response to the FTC prohibiting companies from telemarketing these services, some scammers have begun sending “representatives” to people’s homes in an attempt to work around the “meet in person” rules. Don’t meet someone for the first time at your home, and if a debt-settlement company doesn’t have a permanent, local office, don’t use its services.

• Look out for monthly or “maintenance” fees. Any company charging ongoing fees like that may have an incentive to drag out the debt-settlement process, rather than settling quickly.

What are other options when settling debt?

Companies that are dedicated solely to debt settlement, when operating legally, can be viable solutions for people with specific kinds of debt. However, these companies also have limitations in what they’re able to accomplish. Because debt settlement is only one option when seeking debt relief, and a complicated one at that, consulting with an attorney who specializes in debt relief will yield many more options and, often, better results.

For example, an attorney may be able to leverage the firm’s prior bankruptcy filings to get better debt settlements. He or she will be able to represent you in a lawsuit if need be, and will be able to offer options beyond debt settlement (such as bankruptcy). Licensing for attorneys is also far more strict than it is for setting up a debt-settlement company and takes the guesswork out of whether or not he or she is practicing legally.

Or, if you prefer, send us your info below: